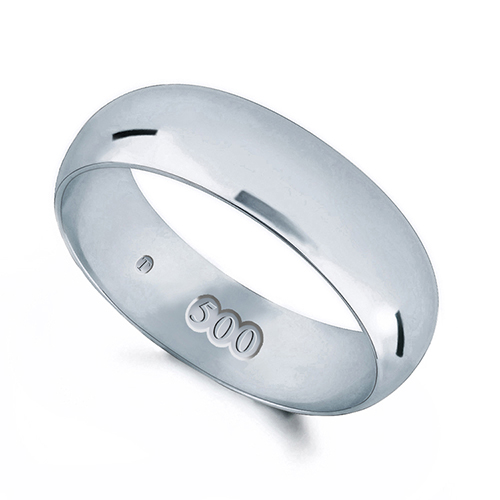 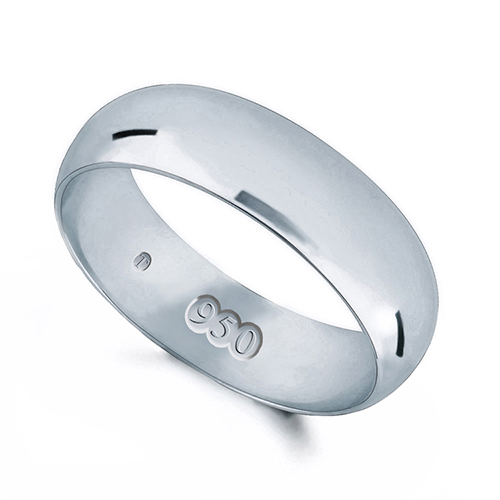 Palladium rings are very desirable. Palladium metal is currently fifteen times rarer than platinum. Palladiums has a silvery white colour. The metal will retain its colour for life because it is extremely hard and durable, highly resistant to corrosion and scratching.Our range of palladium 500 and 950 wedding rings are offered in a selection of sizes, widths, and ring profiles: court, d–shape, easy fit and flat.Palladium is a relatively new precious metal. Assay office marks were first introduced in 2009 with an updated assay office mark in 2010.Palladium is hypo–allergenic, suitable choice for those with skin sensitivity concerns.

Palladium 950 is a combination of 95% palladium and 5% other metal alloys such as ruthenium and gallium.Palladium 500 is a blend of 50% palladium and 50% of other alloys such as silver.The choice is ultimately is based on cost, there are minimal variations in colour. Palladium 950 has almost twice the palladium content as palladium 500, and hence, the cost of the ring is twice as expensive as palladium 500. If your budget is sufficient, then Tarvier recommends choosing the purest alloy, however, either ring will be a rare and treasured possession.

All our palladium 500 and palladium 950 wedding rings are assayed by either London or Birmingham assay offices with a set of UK hallmarks.