Silver water jugs and pitchers evolved from period ceramic and pot derivatives, commonly used for holding drinkable liquids such as beer or water. American English the jug was named pitcher, an Old French word pichier. The Ewer was an earlier name for both jug and pitcher, Anglo-Norman or Old French eawer. Water jugs can be found in various designs, lidded for hot water with wide open spouts, bulbous in form or cylindrical. Examples can be plain or decorated with engraving and chasing applied to the bodies. Handles are either made from fruitwood or silver with ivory insulators to omit heat conductivity through the handle. Water jugs can be distinguished with the absence of the internal metal filter between the spout and the body. 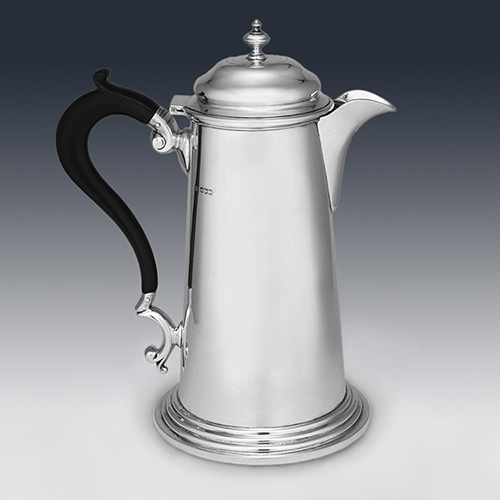