Silver sugar bowl (sugar basket) and cream jug (creamer) are often sold separately but would have been once part of a complete tea and coffee set. With the introduction of sugar into Europe, the passion for this sweetener increased quickly, initially expensive until early 19th century. The silver sugar bowl originally known as the sugar basket was an inevitable accompaniment to the tea and coffee service or set. The creamer or milk jug was said to be a French introduction to accompany tea or coffee. Historical periods have marked their era with design styles, chasing and engraving techniques depicting tastes and trends of the time. 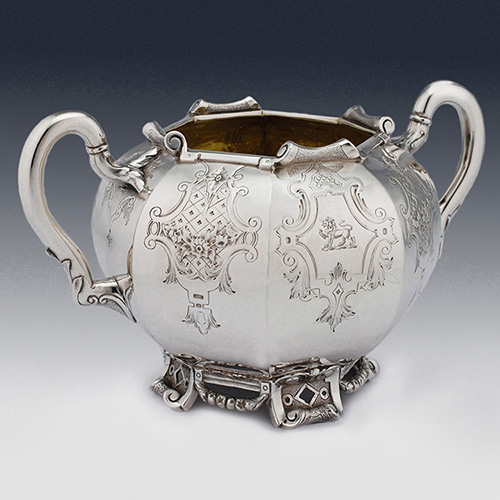 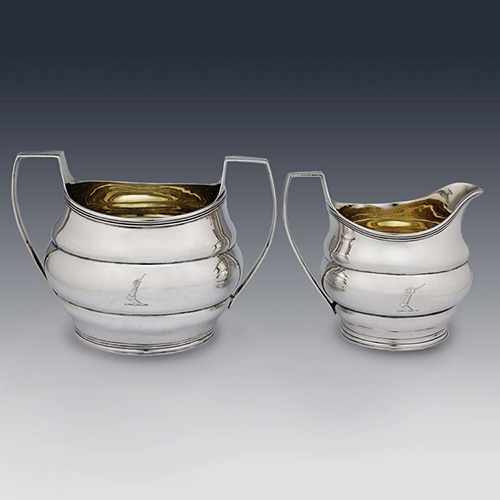 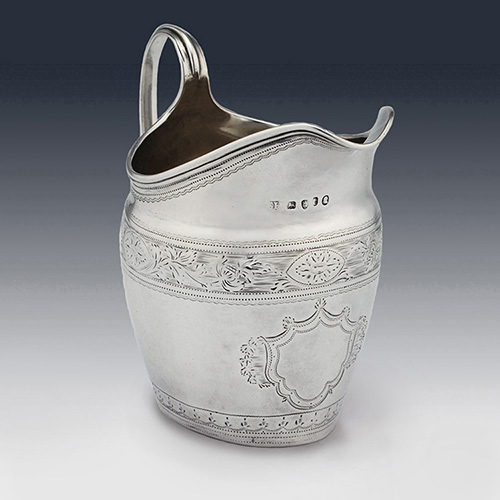