The sterling silver coffee pot was introduced during the 16th century alongside the introduction of coffee into Europe. Along with both coffee and silver both were expensive with the wealthy class having the means to purchase. Demand for coffee and a vessel that could be held and coffee poured made way for initial early deigns. The typical coffee pot design was an expanded lower section with a similar spout design, sharp pour as to not allow the escape of coffee grinds. In the early 17th century filter techniques using linin cloth were used to hold the grinds while infusing the liquid. As coffee increased in popularity in the home, silver coffee pots evolved in style and elegance. Silver urns were also introduced as their larger volume enabled social drinking in an expanding market. 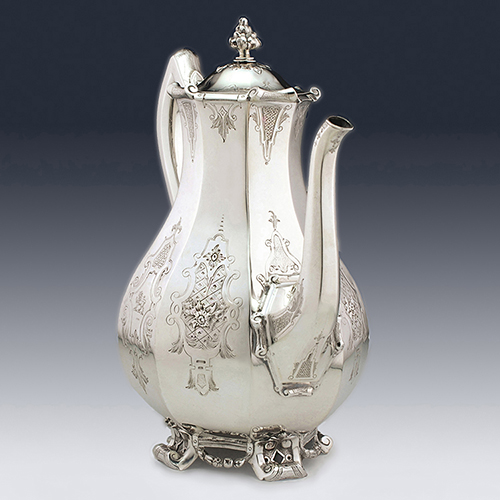 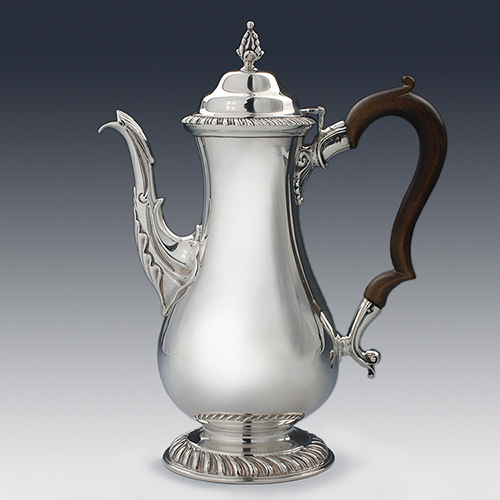 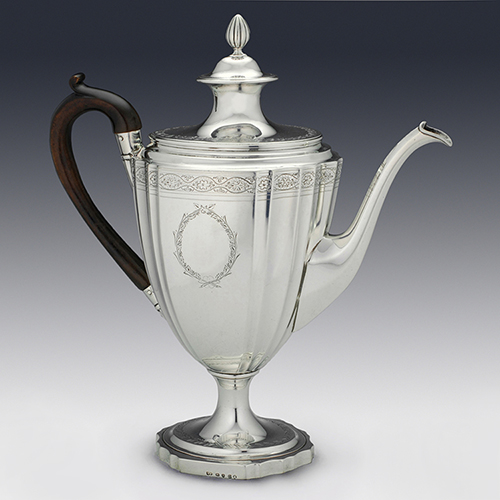 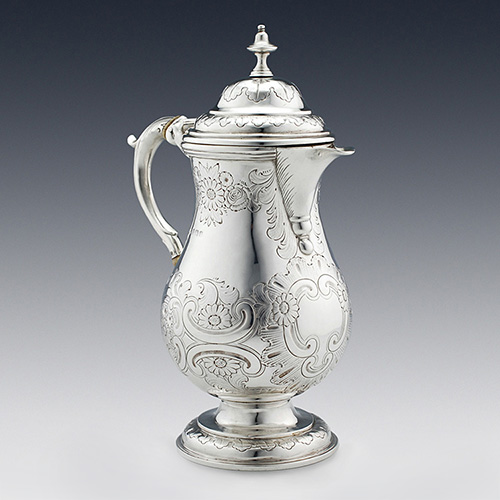 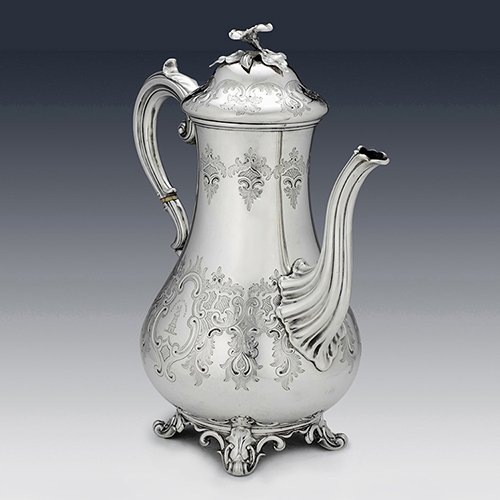 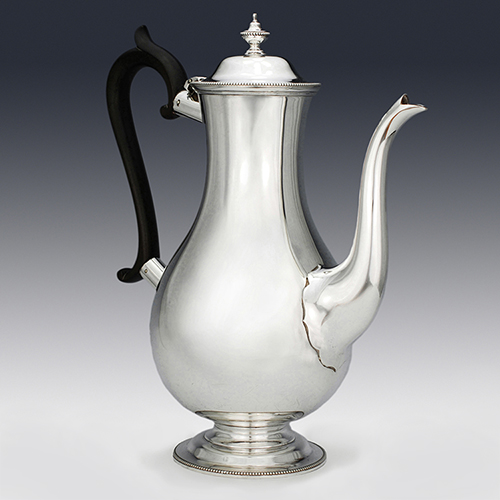 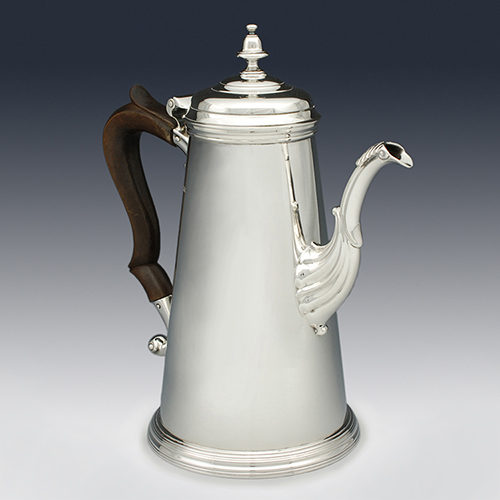 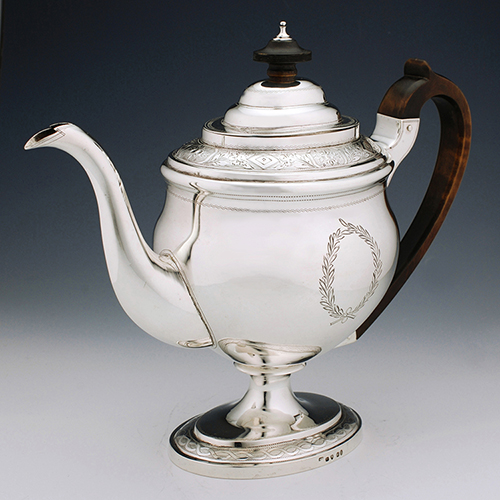 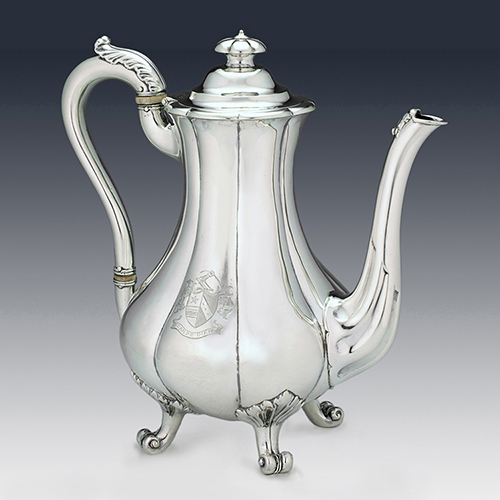