Candlesticks and Candelabras in Sterling Silver 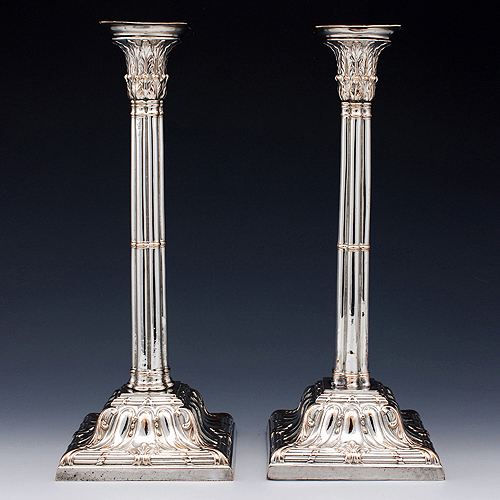 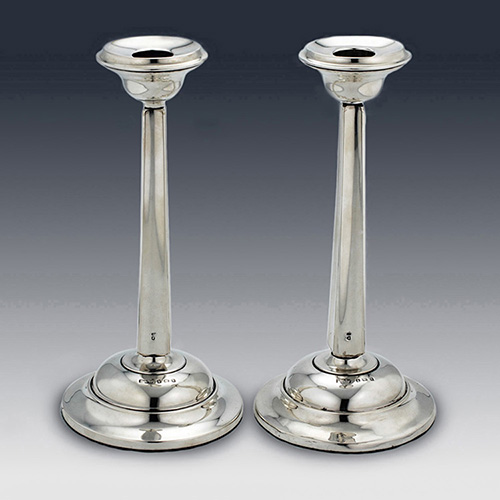 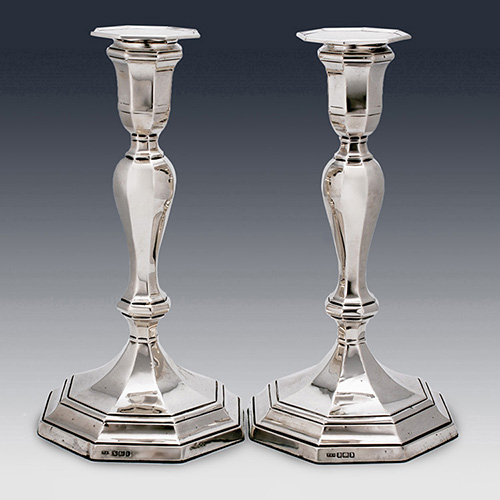 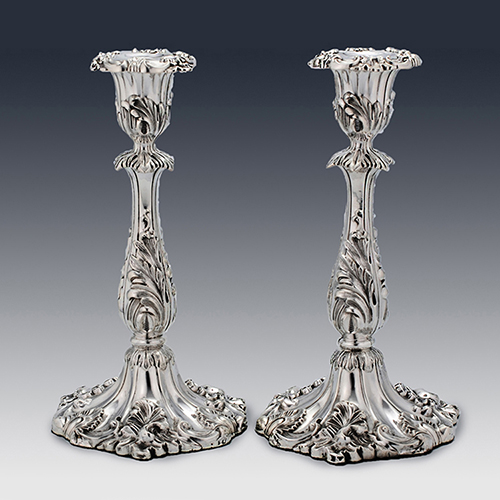 Difference between cast, solid and filled candlesticks and candelabras.

The production of the loaded candlestick or candelabra uses a sheet of silver, formed to create the various components and silver soldered together. The big difference being the quantity of silver in this process is significantly less. As such weight needs to be added to create stability to the silver sheet and overall weight of the piece. These items are often made and filled with a pitch or rosin with metal weights added to the molten mixture when poured.

When we list our candlesticks and candelabras, we specify that the item is either:
Cast (Solid Silver) or Loaded (Filled).